Valheim has only been in Early Access for a few weeks, but it’s already enjoyed a meteoric rise up the Steam charts — selling over three million copies in its first three weeks and boasting 500,000 concurrent players at its peak.

Though the game doesn’t officially support modding, there’s no way a PC title this popular wasn’t going to attract a host of fan-made mods sooner rather than later. The game came out of nowhere in early February, and it’s taken a few days for the modding community to catch up, but we are now beginning to see the release of some mods that are proving popular.

As ever with third-party mods, be aware that you install at your own risk. Where possible, read reviews before downloading anything to ensure that the mod files are legit. Finally, it’s always a good policy to back up any save files you can’t bear to lose before playing with mods.

And with that warning out of the way, here are some of the best Valheim mods we’ve seen so far:

If you’ve only heard of one Valheim mod, it’s probably Valheim Plus. This mod — uploaded to NexusMods by user nXxyz — combines a number of quality-of-life improvements with an Advanced Building Mode, to the delight of many of the more architechturally-inclined Vikings out there.

Little improvements include the ability to easily modify your character’s carry weight, food duration, and stamina usage — effectively allowing you to customise your character’s strength and constitution under a different name. It also adds easier map sharing between players in co-op.

The headliner, though, is definitely the building mode introduced by the mod. Valheim doesn’t currently have an in-built creative mode, though you can use debug cheats to unlock some similar effects.

With Valheim Plus, however, you can place objects much more precisely than you can in the vanilla game even with snapping turned off. It also allows you to move building pieces without having to destroy and re-craft them, saving everyone some time and removing a source of frustration for anyone building with an artistic vision.

We’ve already seen players taking on some extremely creative building projects in Valheim, so it’ll be great to see what these builders do in Advanced Building Mode.

You can install Valheim Plus on either a local save or a shared server you host — there are instructions on how to do both on the mod download page.

Valheim is designed as a third-person game, but that doesn’t mean that fans of first-person views are entirely out of luck.

NexusMods user kailen37 has uploaded their First Person View mod, a “work in progress” that is nevertheless already perfectly playable. 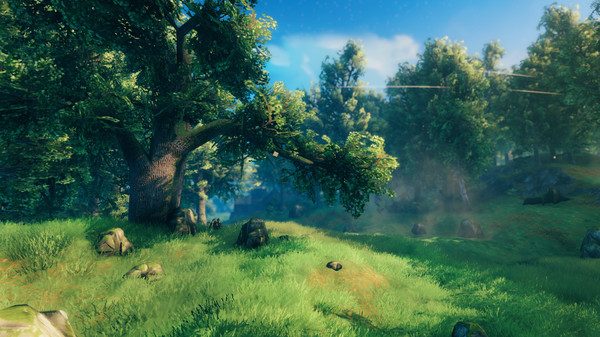 After installing the mod, entering first person view is as easy as zooming all the way in on your character.

If you want a building-focused mod but aren’t too bothered about the other features of Valheim Plus, True Creative Mode might be of interest. Inspired by Minecraft’s Creative Mode, this mod works very similarly. 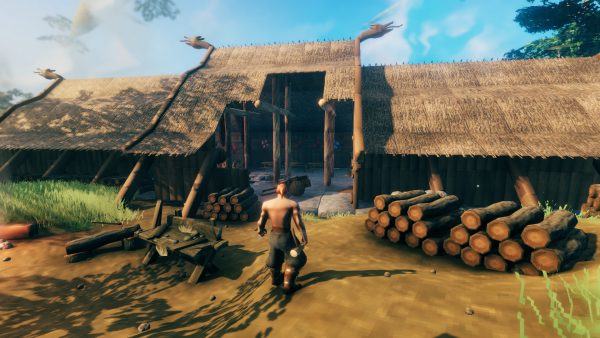 It also does a few other little useful things like disable the deterioration of tool durability, allowing you to get on with the business of building your dream longhouse.

This mod sounds like some kind of roleplaying total conversion, but is in fact a highly useful quality-of-life improvement.

Death isn’t particularly punishing in Valheim. Since your character is already dead, getting killed is mainly a matter of respawning at a spawn point and trudging back to wherever you left your old body. This spot is marked by a gravestone, which you can interact with to reclaim anything you had on your person when you went and died. 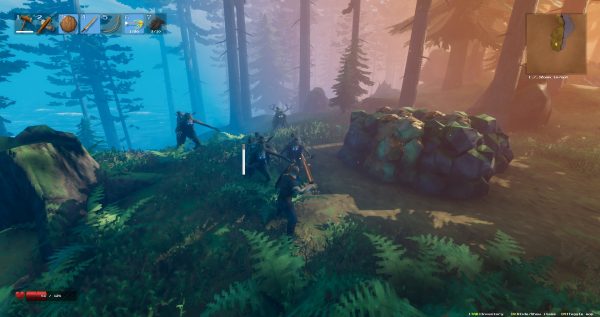 While this is pretty generous as far as survival games go, getting back to your gravestone can be arduous if your spawn point is far away. Potentially, you can even end up trapped in a loop of getting killed on your way to pick up all your gear.

The Gravekeeper mod, uploaded to NexusMods by user MTNewton, averts this by simply respawning you with all your stuff already in your inventory. If exploration without the need for caution is your preferred play style, this mod can be a great time saver.

We’ll keep adding more cool Valheim mods to this page as we find them!

In the meantime, check out our Valheim tips page for all your Viking needs.

Animal Crossing: New Horizons has been updated to version 1.8.0

Celebrity News NEWS EDITOR - February 25, 2021 0
T.I. hopped into The Shade Room and addressed some important issues. Check out the video below and see what he had to say...