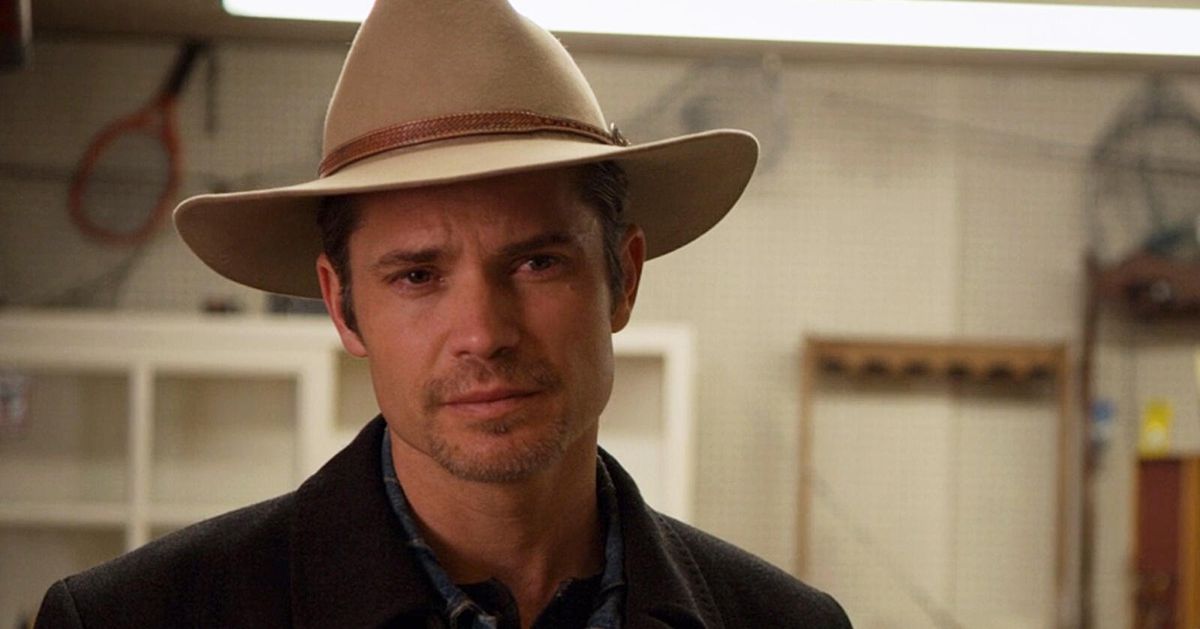 Timothy Olyphant will reprise his role as tough U.S. Marshal Raylan Givens in a Justified sequel series. The new limited series will be based on City Primeval: High Noon in Detroit, a crime novel by Elmore Leonard, who wrote the original novella, Fire in the Hole, that inspired Justified. When the series was first announced, there were rumors that Olyphant could reprise his role, even if his character does not make an appearance in the novel itself.

The official synopsis from FX is as follows:

Having left the hollers of Kentucky eight years ago, Raylan Givens now lives in Miami, a walking anachronism balancing his life as a U.S. Marshal and part-time father of a 14-year-old girl. His hair is grayer, his hat is dirtier, and the road in front of him is suddenly a lot shorter than the road behind.

A chance encounter on a desolate Florida highway sends him to Detroit. There he crosses paths with Clement Mansell, aka The Oklahoma Wildman, a violent, sociopathic desperado who’s already slipped through the fingers of Detroit’s finest once and aims to do so again. Mansell’s lawyer, formidable Motor City native Carolyn Wilder, has every intention of representing her client, even as she finds herself caught in between cop and criminal, with her own game afoot as well. These three characters set out on a collision course in classic Elmore Leonard fashion, to see who makes it out of the City Primeval alive.

Justified premiered on FX in 2010 and ran for six seasons. It followed Olyphant’s Raylan Givens, a U.S. Marshal with Old West sensibilities living in modern times, and revolved around a specific area of Appalachian Kentucky. There is no set release date for the upcoming limited series.

NEWS EDITOR
Breaking News Exchange is mainly to inform the public about events that are around them and may affect them. Often news is for entertainment purposes too; to provide a distraction of information about other places people are unable to get to or have little influence over. News can make people feel connected too.

2021 one of the seven warmest years on record: World Meteorological Org

How To Wear Cargo Pants: 14 Stylish Outfits For Modern Men

2021 one of the seven warmest years on record: World Meteorological Org

How To Wear Cargo Pants: 14 Stylish Outfits For Modern Men